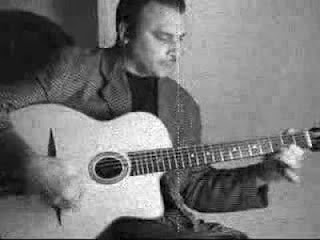 Nearly 60 years after the passing away of the Gypsy guitar genius, Django Reinhardt (1910-1953), his name and legacy lives on. Django's heritage to the world includes numerous recordings from the 1930s until his untimely death in May 1953, the most famous and often played are the recordings made before WW 2 featuring Django with violinist Stéphane Grappelli as soloists in the Quintet of The Hot Club of France. However, Django's work during the war-years with a new combination of the QHCF replacing Grappelli with a reed player has also gained a deservedly growing audience among record collectors and Django enthusiasts, the famous Django composition Nuages was recorded 1940 with this combination. Numerous guitarists and string swing ensembles all over the world have been inspired by Django's recordings emulating the tecnique and solos by the master, however, indeed very few have reached the level of authenticity that qualifies the original recordings. Authentic followers of Django's guitar-style are born and raised among his own people of the Manouche clan, living a life similar to Django's and carrying on his spirit in everything they do, literally they continue and extend the tradition inherited from Django. A contemporary member of the Manouche clan, who continues and honors Django's work in his own work and authentic playing, is Lollo Meier. Enjoy Lollo Meier's relaxed and masterful solo playing in the fragment below.

According to his official website, "(...) Lollo comes from an elite family of Gypsy players and is cousin to the great Fapy Lafertin and Stochelo Rosenberg. His goal: to carry on the music of Django, with a style and technique that’s traditional, melodious, lyrical, sensitive and joyful. His mellifluous compositions have a refreshing authentic Django flavour and are played with extraordinary talent, unique style and amazing suppleness that clearly reflects that he makes music he loves." Lollo Meier has his own ensemble, a quartet, and has recorded four CDs, most recently the two of them were released, PLACHTERIDA and FLEUR MANOUCHE. The PLACHTERIDA features Fapy Lafertin as second soloist, and Hans Koert has reviewed this splendid co-work between cousins in an earlier entry. - Here we'll set focus on the FLEUR MANOUCHE CD, recorded Jan.-Feb. this year. 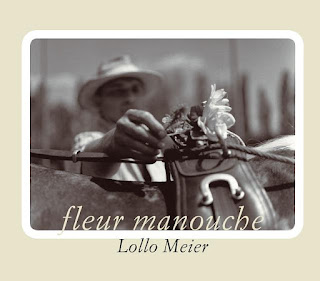 In 2010, the Centennial of Django's birth, Lollo Meier honored the master by going on a journey with horse and carriage from the Belgian village where Django was born to his grave in Samois. Dutch filmmaker Daan Milius has made a documentary that covers Lollo's daily life with his family in a Dutch trailerpark and this journey. The FLEUR MANOUCHE CD is inspired by the experiences from the documentary according to the advance publicity. 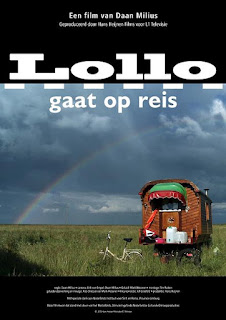 The first track on FLEUR MANOUCHE, Thinco's Footsteps, refers to the journey with horse and carriage, a short document of the sedate gait of the horse. On the remaining 13 tracks Lollo Meier is accompanied by Boeboe Grunholz on rhythm guitar, André Donni on clarinet and saxophone and Henry Schuler on double bass, the last track, however, is extended with Bart Keltjens on drums, Coen van Dam on piano and Ivo van der Bijl on vocals. - The repertoire of the disc covers swing standards like Honeysuckle Rose, The Sheik of Araby, After You've Gone, China Boy and I Can't Give You Anything But Love, Django compositions like Vette, Belleville, Django's Tiger and Swing 48. Further, there are two compositions by Lollo himself, Lolito and London Town, and the last track of the cd has an Italian inspired tune, Tu Vuò Fà L’americano, with the extended quartet and vocals.- Lollo Meier contributes throughout with inspired and excellent solos, but the reed player André Donni is also left space for sharing great solos with Lollo, the rhythm section is solid as a rock and provides great work as well. The promo video uploaded at YouTube gives a good impression of the music and light mood of the cd, enjoy it below!

The FLEUR MANOUCHE CD as well as the mentioned PLACHTERIDA with Fapy Lafertin is available for purchase at http://gypsymusic.nl, here you also have more info on other material from Lollo Meier. 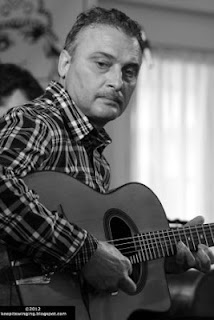 To give you an impression of Lollo Meier's quartet in live performance, I found a video recording of a TV performance recorded recently - the 22 first minutes of the video feature the quartet, enjoy it!

For more info on Lollo Meier, pay a visit to his official website.
---
Jo

The legacy of Django Reinhardt and the inspiration drawn from the music and playing of this Gypsy genius lives on and is taken good care of by great, authentic musicians like Lollo Meier, who continues the tradition from Django in his own work. The FLEUR MANOUCHE CD featuring Lollo Meier and his regular quartet contains music that any follower of the Django tradition would like to add to his or her collection, timeless string swing excecuted in a convincing and most enjoyable way. - The Keep(it)swinging blog loves to inform you about these kind of important recordings and generally covers jazz and related music recorded 1912 - 2012.