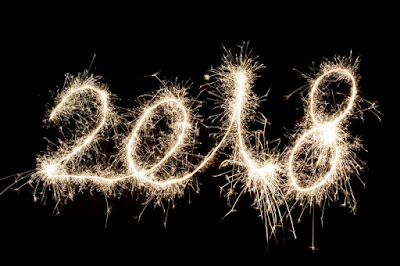 I wish readers of the keep(it)swinging blog a Happy New Year 2018 and thank you for your interest and support in 2017. The blog and related blogs under the keepitswinging.domain will be discontinued in 2018 due to personal matters. However, a fixed date according this step has not yet been scheduled, I'll announce more precisely later. Till then, keep coming back to keep updated. Thank you for your understanding.

Irving Berlin composed The Song Is Ended in 1927. In 1938, Louis Armstrong and the Mills Brothers recorded my favorite version, inserted below from YouTube to end this

Georg Lankester tells the story of the Ferret brothers – contemporary Gypsy guitarists of Django Reinhardt. The story is in three parts, below follows part three.  The first part is available here, the second part is published here.

Jean “Matelo” Ferret  (1918 – 1989)
After his elder brothers - in 1938 - had left home, Matelo stayed a bit upset behind, but not for long. The next year he also left his parents and went to Paris in order to play for living. His first engagement was in the little orchestra of the ‘father of the Musette’ Emile Vacher. Not long afterwards he played with accordionist Guérino (like his brothers and Django many years before). Guérino was quite succesful with his group called La  Boîte à Matelots. A year later, Matelo switched from banjo to guitar and -  as we know from many recordings – he became an exceptional guitarist in the Gypsy- and Musette style.

In Paris he often could be seen with Django playing in various combinations and in 1935 he joined Michel Warlop, the great violinist who died  so early; Matelo also recorded with jazz accordionist Louis Richardet. Remarkable is that Matelo also acompanied Edith Piaf in her very first recordings back in 1936. So the guitarist was now a popular musician.

But also the Jazz was gradually quite important in the Parisian entertainment scene. Thanks to the activities of the Hot Club de France leaders, great American jazz musicians were invited to France such as the saxophonists Coleman Hawkins and Benny Carter, as well as violinist Eddie South. They gave concerts and recorded also with French musicians. Matelo was often asked, just like clarinettist Hubert Rostaing and, of course, Django Reinhardt. And Matelo…he stayed in the same hotels as Django and also joined the popular gypsy orchestra Casanova.

At the beginning of the war Matelo formed part of Ekyan’s Swingtette which, in 1941, made some interesting records.Two years after that he formed his own sextet which included two guitars, clarinet, vibes, bass and drums. His music was inspired by Benny Goodman. Later, in 1944, recordings of this original line-up followed, but all the same Matelo was  more known becuase of the Swingtette and his gypsy waltzes in which he was outstanding. Again he performed - somewhat later - with Richardet, Viseur and Murena,  the best swing accordion players of those years. Moreover he played the best waltzes of Gusti Malha and Matteo Carcassi.

After the war – in 1947 – Matelo joined Django’s Hot Club Quintet as can be heard in the records R-Vingt-Six, How high the moon, Lover man, Blue Lou and  Blues. Then there is some silence, but in the Fifties he recorded a few times for the EMI label. However, by then the Jazz had changed and so had the taste of the audience.  Because Matelo preferred gypsy music and in order to higlight the early compositions of Django, he decided in 1959  to go to the studio with a trio and record the four titles Montagne-ste.Geneviève, Gagoug, Chez Jacquet and Choti, all real gems of gypsy waltzes.

The next year he joined the orchestra of Jo Privat who produced the album Manouche Partie as an homage to Django – these recordings were also filmed.
It is very interesting to see Matelo playing and enjoying the music. The album was later handed to Naguine (Django’s widow) and is certainly one of the favourites in my collection.

Matelo’s intrest in Jazz gradually faded and he retired a bit in favour of his two sons, Helios and Boulou (the latter considered a prodigy)..Especially Boulou played with lots of famous musicians alll over the world. The two brothers often had duet sessions, sometimes joined by their father.
Matelo appeared – not long before his death – at the Django Festival of Samois. He died in Paris in 1989 as the last of the three legendary Ferret brothers. He can be considered the best interpreter of Gypsy Waltzes the world has ever known.

Fringe figures
Finally a few words on musicians around the Ferrets who also performed with them. Fist of all guitarist Challain Ferret (their cousin)  who is less known. He was present in the beginning within the Trio Ferret of 1938/39, as well as in a few recordings with Gus Viseur.

Then guitarist Jacques Montagne (member of the Malha family) should be mentioned since he sometimes played with Sarane and much later was present in the Manouche Partie sessions of Jo Privat where he accompanied Matelo.

Finally we have guitarist  Maurice Ferré from Rouen. He used to play duets with Joseph Bouville (who also was a guitarist) at the end of last century.

Recordings
Hot Club’ Records (of Norway) issued cd’s dedicated to “Baro” and “Matelo” in the eighties of last century.
And the French company Frémeaux offers a cd-box which includes 3 cds on the Ferret brothers and an info-booklet.