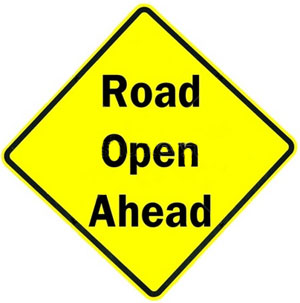 A couple of days ago I found out that the account for the Oscar Alemán website including Hans Koert's original OA online dicopgraphy a.o. hosted at opweb.nl is suspended (see previous blog entry). Unfortunately, I have not access to this account, thus, a renewal is out of my hands. Things are a bit complicated, as Hans Koert did not provide me with info how to handle a situation like this, and I now regret that I never asked, before it was too late. However, Hans Koert had a back-up of the online OA Discography uploaded at a local net-server, fortunately this version of the discography still works at my computer. Here is the link.

I cannot assure that the link works outside Europe/EUC and I would appreciate to have feed-back from readers of other regions/countries to clarify, if the mentioned link is accessible at their locations.

Visitors can contact me by using the e-mail stated below.

Until I have worked out an updated version of Hans Koert's online Oscar Alemán Discography, which may take some time, researchers of Alemán's recorded legacy have access to the latest updated info by visiting the recently published OA discography by Andrés 'Tito' Liber hosted at the weblog of Hot Club de Boedo, here

Everything concerning Hans Koert's El Redescubrimiento de Oscar Alemán /The Rediscovery of Oscar Alemán project including the online OA Discography created by HK has suddenly vanished from the web, visitors have the following message:

*"This account has been suspended.
Either the domain has been overused, or the reseller ran out of resources."

Further, as a consequence of the suspended account the following of HKs work is also no longer available online:

Visitors get this message:

"Not Found - The requested URL /how.htm was not found on this server. Additionally, a 404 Not Found error was encountered while trying to use an ErrorDocument to handle the request.
Apache/2 Server at www.durium.opweb.nl Port 80"

Until I find out what has happened to the mentioned websites, all further activity at the weblogs associated with the keepitswinging.doman is suspended.

Since the year 2000 Pixinguinha's birthday has been officially celebrated in Brazil as Dia Nacional do Choro. The 23. April this year also commemorate the official date of William Shakespeare's passing. Both Pixinguinha and Shakespeare belong to the immortal artists, Shakespeare is widely regarded as the greatest writer in the English language, while Pixinguinha is considered one of the greatest Brazilian composers of popular music, particularly within the genre of music known as choro. Both men created a new language through their artistic production - here I'll concentrate on some of Pixinguinha's great works as performed today. 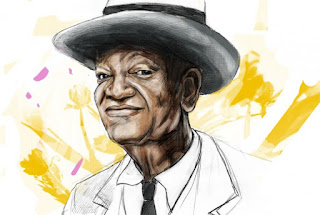 Pixinguinha's music guided the way for the contemporary conception of choro music, here's another example from the same concert - Acerto o Passo

Pixinguinha's music is often played at concerts and rodas de choros in Brazil, his music has become part of the Brazilian people's national identity and is celebrated whenever a moment's notice is available. Here are some more examples of some of Pixinguinha's immortal pieces. 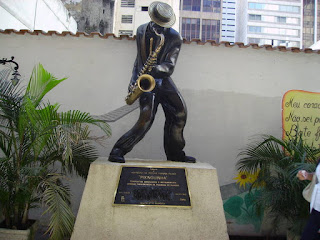 Film producer Hernán Gaffet has told about the lack of filmed material featuring Oscar Alemán during his research of material for his documentary on the Argentinian guitarist and showman. Gaffet's documentary, Vida con Swing (2002), has only small fragments of filmed sequences featuring Alemán from some of the movies in which Alemán participated and a single TV recording from the 1970s. Considering the popularity of Oscar Alemán in Argentina during the 1940s and 1950s, it's rather strange that very little of his appearance as a performer in public has been saved on film, and as TV became a common media during the 1960s the lack of filmed TV appearance of Alemán seemed to continue - the video recorder had yet to be invented, unfortunately. However, recently the Argentinan DIFilm Archive has found a small fragment from a TV performance in 1975, which I like to share here. The TV recording is without audio and was made as a promo/trailer for a program titled "Siesta" produced in 1975, the sequence lasts just 1:16 minutes but nevertheless gives us the opportunity to have a view of Alemán's stage appearance during his late career.

The video has been re-uploaded by another user of YouTube without the disturbing writing on screen and further has been added the audio of Alemán's recording of Delicado - the music is great, but really does not fit with the recorded silent moves of Alemán's playing on screen. Never mind, here's the 're-mastered' fragment

Definition of 'Squatting' (from Wikipedia):

Squatting is a posture where the weight of the body is on the feet (as with standing) but the knees are bent either fully (full or deep squat) or partially (partial, standing, half, semi, parallel or monkey squat). In contrast, sitting, involves taking the weight of the body, at least in part, on the buttocks against the ground or a horizontal object such as a chair seat. Crouching may involve squatting or kneeling. It is possible to squat with one leg and assume another position (such as kneeling) with the other leg. Among Chinese, Southeast Asian, and Eastern European adults, squatting often takes the place of sitting or standing. 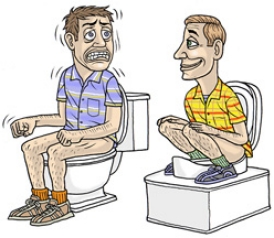 Doctors and health preachers advice people to be squatting at the grotto while visiting the toilet, the guy to the right seems to have followed that advice. Now, let's get over with this definition of the meaning of 'squatting'.

Born in Waterford in Ireland in 1899, Harty moved to Birmingham in England after World War I and took up the drums while working for the Dunlop Tyre Company. He played with various local bands on the early Birmingham jazz scene before deputising with an American band at the Birmingham Palais. He toured around Europe for much of the 1920s before returning to England to play with bands led by Harry Shalson, Al Starita, Jean Pougnet, Bill Gerhardi, Percival Mackey, Arthur Lally and Lew Stone. In 1934 he became the manager of Ray Noble's band, sailing to the United States with Noble later that year. He remained as Noble's manager into the 1950s (info from Wikipedia)


In March 1938 Bill Harty arranged a recording session for Columbia in Los Angeles featuring a pick-up ensemble of musicians from Jimmy Dorsey's orchestra and George and Bobby Van Eps. Bill Harty contributed as a drummer on the four sides that were recorded.

According to the discographical info shown above, two of the recorded tunes were issued on Columbia 35694 while the other two were issued on Vocalion 4183. Here I'll focus on the two tunes at the Columbia 78 rpm disc containing the recording of Squattin' at the Grotto and Lock It Up on the flip side, both registered as a George Van Eps musicale. A musicale is a music program forming the main part of a social occasion, the word points to the same event as the French 'soirée musicale' and in the context of the record it may be interpreted as music for listening rather than dancing. The tune Squattin' at the Grotto is composed by John and George Van Eps and it is subtitled as a Banjo Novelty, a rather strange tune, which may be characterized as a theme with variations. The flip side of the disc featuring Lock It Up may be considered a further evaluation of the theme and structure of Squattin' including short solo spots of improvisation by trumpet, trumbone, reeds, piano, guitar and drums. The title Squattin' at the Grotto has been said to refer to a famous Chicago restaurant and club, which occasionally had Earl Hines and his orchestra as musical entertainment. 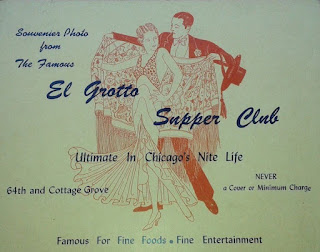 Below is inserted Squattin' at the Grotto as recorded on March 15, 1938 by the George Van Eps Ensemble

As mentioned, Squattin' at the Grotto is a somewhat strange music. When recorded in March 1938 it must have been considered this way, at least. The arrangenment, however, is great and so is the arrangement of Lock It Up. Both tunes are (co-)penned by George Van Eps,  who is the inventor of the 7-string jazz guitar and a master of this instrument. He constructed the first model in cooperation with the Epiphone company in 1938 to extend the possibilities of playing both bass lines, chords and melody line simultaneously by applying a finger picking technique. In this context you can perceive Squattin' at the Grotto and Lock It Up as examples or drafts of a way of thinking music with/for the guitar which George Van Eps would evalute later after having switched to the 7-string jazz guitar. Fact is, that an arrangement of Squattin' at the Grotto for solo guitar copyrighted 1939 exists. This arrangement of Squattin'at the Grotto, however, is to be played using plectrum chord style picking technique, and it has been recorded by Bucky Pizzarelli, another jazz guitarist who plays the 7-string guitar, using the plectrum chord style technicque.


The other two recordings from March 15, 1938 under the direction of Bill Harty were released on Vocalion, Voc 4183. They are inserted here to complete this session. Here is first the George van Eps musicale: A ducky dish from Voc 4183 A.
Voc 4183 B is noted in some discographies as a Jim Taft musicale: The Varsity drag, recorded with the same ensemble as above under the direction of Bill Harty
---
Jo
keepitswinging.domain@gmail.com