Regular readers of this blog will already know that Hans Koert - the originator, founder and main editor of the Keep Swinging website including underwebs and blogs - appreciated the Belgian jazz guitarist Philip Catherine  - both as a musician and as a person. You can still read Hans Koert's devoted and affecionate reviews of some of Philip Catherine's previous recordings and live performances by following the links collected at this page, and you also have the opportunity to enjoy some of Hans' great photos featuring Philip Catherine by clicking here.

The last review by Hans Koert of a Philip Catherine album and a live performance by Catherine and his quartet was published last year, here, a follow-up to the celebration of Catherine's 70 years with the release of the CD titled Côté Jardin and the presentation in a concert at Porgy en Bess (Terneuzen). On October 19th this year, Philip Catherine again performed in Porgy en Bess, this time in a duo setting, and the current background of this performance was part of the presentaion tour of a new CD featuring Catherine and bassist Martin Wind, New Folks, released earlier this year by the German ACT label.


The CD was recorded in April last year and features thirteen tracks including four compositions by Catherine, among them 'Hello George (for George Shearing)' and 'L'Eternel Désir', two by Martin Wind: 'Song For D' and 'Standing At The Window Wawing Goodbye', the remaining titles are modern jazz standards and there are further  new arrangements of Willard Robinson's 'Old Folks', Paul McCartney's 'Jenny Wren', Irving Berlin's 'How Deep Is The Ocean' and Carmichael's 'Winter Moon' - more info including tracklist and audio clips available here

All tracks of the CD are splendid examples of Philip Catherine's mature and lyrical guitar work, and bassist Martin Wind contributes with solid support and excellent solo spots throughout. Martin Wind is a young, German bassist with a career in  the USA and also leading his own ensembles besides contributing his skills both as a bassist and composer in various other settings, learn more at his official web, here. -  The duo was brought together by producer Siggi Loch of the ACT label, and judging from the music at the New Folks CD, the co-work between Catherine and Martin Wind has been fruitful and the benefits of their interplay outstanding. - From a live-performance in Dortmund, Germany earlier this year was recorded a short fragment in rather bad footage and uploaded at YouTube, however, I'll insert it here to give you an impression of the interplay between Catherine and Martin Wind


As mentioned above, on Sunday October 19th this year the Catherine-Wind duo performed in Porgy en Bess presenting music from the New Folks CD. The concert was attended by members of Hans Koert's family and friends a.o., and Peter Koert, Hans' younger brother, sent me his impressions from the concert, which I'll insert below.

Last Sunday 19th October 2014 there was a great concert of the fabulous duo Philip Catherine (guitar) and Martin Wind (bass) at the great Jazz stage Porgy en Bess in Terneuzen, The Netherlands.
The relaxed duo played a number of their own tunes of the superb new album "New Folks", for instance "Hello George", written by Philip Catherine and "Song for D" written by Martin Wind.

The modest and tuneful  played "Old Folks" was personally dedicated with affection by Philip Catherine to Hans Koert who passed away last month and wrote so many passionated reviews in this blog.
Thank you Philip, Martin and friends of Porgy en Bess for this touching moment!

Thank you, Peter, for sharing these impressions from a special live-performance featuring Philip Catherine and Martin Wind.
---
Jo
keepitswinging.domain@gmail.com

Mike Marshall (b.1957) is an American mandolin player and multi-instrumentalist. He has performed and recorded with
many musicians in a variety of styles, including bluegrass, classical, jazz and Brazilian music. In addition to several instruments within the mandolin family, Marshall also plays the guitar and violin. - Mike Marshall is also a partner in the music label, Adventure Music, which is dedicated to releasing music from Brazil.  Adventure Music has released Serenata, a duet recording  with pianist Jovino Santos Neto featuring the compositions of Hermeto Pascoal (2003), Brazil Duets (2005) featuring various musicians, New Words (Novas Palavras) (2006) a co-work with Hamilton de Holanda and further the debut recording by Mike Marshall & Choro Famoso (2004). Recently the second CD by Marshall and Choro Famoso also was released by Adventure Music, Segunda Vez, which is shown below.

The new CD has seventeen tracks and the repertoire consists of both classic and modern choro compositions. There is classic pieces by famous Brazilian chorões such as Ernesto Nazareth, Pixinguinha, Nelson Alves, Luiz Americano, Jacob do Bandolim, Waldir Azevedo, Heitor Avena de Castro, Orlando Silveira, Esmeraldinho Salles and K-Ximbinho. The more contemporary choro repertoire is represented by music composed by Moacir Santos, Mauricio Carrilho, and Guinga. The performance by the Choro Famoso quartet is excellent, well balanced and with a convincing and deep understanding of the spirit of choro in both the classic and modern examples of choro featured at the disc. Highly recommended! - The CD has extensive notes about the music and is available for purchase here

To give you an impression of Mike Marshall and Choro Famoso in live performance, I'll insert two uploaded video fragments from a concert recorded in 2010. Here is first the quartet's version of a choro titled 'Luis Americano Na Pre 3'

While listening to one of the CDs in Retrieval's excellent series of 'Unissued on 78s' (RTR 79074 - more info available here) I was amazed to find out that Seger Ellis, a male vocalist star of the 1920s, actually started his career as a piano player, moreover a decent one. The Retrieval CD has four (unissued) piano solos by Ellis, three of them recorded in August 1925 and one untitled in 1928, and he is further featured as a piano player with Lloyd Finlay and his Orchestra in seven recordings from March 1925, his debut as a recording artist. - A YouTube video has the audio of one of the 1925 unissued piano solos as featured on the mentioned CD - 'Freight Yard Blues', recorded August 10, 1925

Seger Ellis (1904-1995)  was a pianist and vocalist from Houston, Texas. He began his career in 1921 when a radio station in Houston hired him to broadcast a weekly show of solo piano music. In 1925, Victor Records came to Houston to record the Lloyd Finlay Orchestra. They wanted to record eight sides, however, Finlay had only four original songs. The Victor representative had brought two new songs with him and to fill in the remaining sides, Finlay suggested Seger Ellis to be brought in to record with the band. His two songs so impressed the Victor management that they brought him to their Camden recording studios in August 1925 to record fourteen piano solos, which were among the first Victor recordings made using an electric microphone. Although only four sides were released, two became hit records, 'Prairie Blues' and 'Sentimental Blues'.


Shortly after returning to Texas, Columbia asked Ellis to make his first vocal recording for the company's OKeh label. He moved to New York and eventually became OKeh records most popular male vocalist in second half of the 1920s, in fact so much so that OKeh gave him his own silver and black picture label, a rare honor.


In 1928, Ellis toured England as a soloist and following a meeting with the popular vocal group the Mills Brothers in Cincinatti in 1930, he became the manager of this group for a few years while continuing to perform as a soloist through the '30s. His vocal contributions were in high demand and he had guest appearance with the Paul Whiteman orchestra, recorded with Frankie Trumbauer and further participated in a 1934 Hollywood film, 'One Rainy Afternoon'. Beginning in 1935, Seger spent nearly a year creating music with a group he called the Brass Choir, then assembled something of a more normal instrumental big-band line-up for another group under his leadership in 1939. - Here's an example of Ellis' big band from this period


Ellis disbanded in 1941 and enlisted in the Army-Air Force in 1942 for some time. After moving back to Texas he began to be less active as a performer and more involved in songwriting. Among his many compositions are "My Beloved Is Rugged" and "11:60PM" (both recorded by Harry James), "Gene's Boogie" (recorded by Gene Krupa), and "Little Jack Frost, Get Lost" and "You're All I Want For Christmas" (both recorded by Bing Crosby). "December" was recorded by Count Basie with a Mills Brothers vocal. The Seger Ellis songwriting catalog also includes "No Baby, Nobody But You" and "You Be You but Let Me Be Me". - Seger Ellis gradually retired and took up residence in Houston where he died in a retirement home on September 29, 1995.


The above info is excerpted from a couple of articles collected here,  a more detailed career profile is available here and an extensive collection of Ellis' recordings made between 1925-1935 is free available in streaming audio and mp3 format here. The shown CD from the Old Masters with extensive notes by Allan Dodge released 2001 is still available and contains 26 tracks recorded late 1920s and early 1930s, for purchase here .
---
Jo
keepitswinging.domain@gmail.com 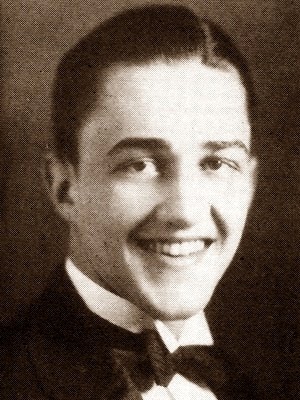 Seger Ellis is an almost forgotten vocalist, who started his career as a solo pianist and was later hired by Columbia records as a vocalist. He was featured on Columbia's OKeh label and had success with his small band recordings featuring the cream of New York's musicians of the time. Later he formed his own big band and then concentrated on songwriting before retiring to his home town, Houston, where he died in September 1995. The above entry gives a short review of his career.